Meet us at the upcoming shows!We look forward to meeting you and discussing your printing requirements in detail.
Find out more
[ News ]
“Collaboration” for innovation

Is it best for large companies to keep their innovation in-house, or do the best ideas come when you look outwards? Read insights from edding CEO, Per Ledermann.

In my last piece I looked at 4 steps to drive innovation in large companies. But while there are key ways any large company can boost its innovative power, at edding we have also found the most successful innovations are a result of working with other companies.

The business model for our technology arm, edding Tech, is one of invention through partnership. Our technology partners, Elried and Prismade Labs, have been instrumental in bringing edding Tech’s first disruptive solutions to market earlier this year.

But while it’s a well-known saying that two heads are better than one, that’s not always the case. I’ve learned that there are some important steps you need to take if you want to form a successful partnership and spark that creative chemistry.

One size does not fit all

Build business models that fit the specific needs of your innovation partners.

edding Tech’s first two partners could not be more different than one another. Elried, our partner on edding compact printers, is a 60-year old Bavarian third-generation family business and a leader in industrial marking. While Prismade Labs is the young tech start-up we are working with on edding code, our creative technology that connects the physical and digital world.

Elried had concerns that we, as a larger company, might come in and exploit them for their tech know-how. We built a business model that demonstrated we are in this partnership for the long-term and set that into a concrete contract.

Meanwhile, Prismade was just starting out, having been together for just one year. We were excited by the work they were doing and initially purchased a 25% stake in the business; only increasing that to 50% once we felt we’d been able to prove we wanted them to have total freedom to operate as they wished. I’ve been asked many times since about why edding didn’t buy 51% or more of Prismade’s shares; as most investors would have done. My answer: fruitful cooperation is built on winning the hearts and minds of your partners. It’s not built on who can exercise their controlling stake to get their own way.

This one challenged me on a personal level. I have spoken to partners a lot over the years about building flexible business models, but I realised I haven’t shown that same flexibility about where we locate new ventures. My preference has always been to keep people close to our main site in Ahrensburg near Hamburg, as I think it’s easier to nurture a sense of family that way.

However, when you start something new you need to adopt a long-term mindset; and stick with it if you aren’t rewarded with immediate success. And that’s where having that new venture away from the daily scrutiny of HQ is a good idea. In an earlier article, I described the difficulties of having an orchestra and a rock band play in the same concert hall. We had those experiences when we created edding L.A.Q.U.E., our nail polish range. There were frequent clashes between the existing organisation and the new development team. In the end this eroded the enthusiasm everyone involved felt towards this new area. Learning from that, we’ve located edding Tech close to Elried’s site in Munich rather than near our HQ, giving them more freedom to explore and try new things.

Trust is the essential foundation for cooperation

After our very first talks with Elried about edding compact printers, I went out for dinner with Elried’s senior owner. While we only to a very limited extent discussed business topics, the main part of our talk went deep into our private lives, our beliefs and values. We found we had a lot in common. Months later when we were sitting again at a dinner table and were about to sign our cooperation contract, he told me he had always refrained from collaboration with other companies. “Collaborations bring unwanted complexity and disappointment,” he said. “But with you, I feel the trust that this can really be for the long-term advantage of both parties. Today, I am sitting here and believe that we do not even need to sign a contract as our relationship is built on something stronger than paper.”

I’ve always found it important to get to know prospective business partners on a personal level as well as a business one. It might sound romantic, or cliché but I truly believe that. After all, business is still done between people. Partnerships work when you share aims and values and above all, trust one another. 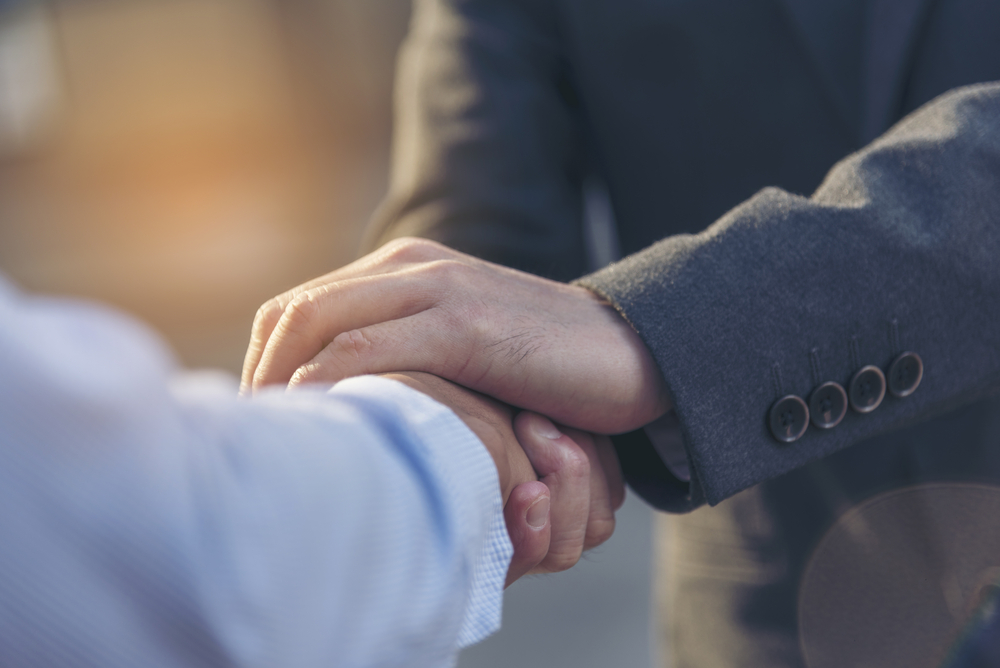 I strongly believe successful collaborations happen when there is a good fit between the people involved. We have had conversations with companies when it became clear that we didn’t share the same views on ways of working. My final piece of advice: if something about the relationship with a prospective business partner doesn’t feel right - have the confidence to walk away. And vice versa: if you really feel connection but don’t have an idea to cooperate on yet, never stop looking for an opportunity!

Any company can power its innovation through collaboration, if it does these three things: ensure the relationship is right, give the collaboration the freedom to experiment and build a flexible business model that meets your partner’s needs. Then, two heads really will be better than one.

Author: Per Ledermann, CEO at edding

A version of this article appeared on LinkedIn. Click to see.