Meet us at the upcoming shows!We look forward to meeting you and discussing your printing requirements in detail.
Find out more
[ News ]
Innovation in our DNA

Today, edding is an international company active in 110 markets, respected for its broad portfolio of quality products and ink expertise developed over 60 years. Yet, deep within the DNA of this Germany family business is a passion for disruption.

In 1960 two former school friends came up with a plan to break into the highly traditional ink pen market, an industry in Germany dominated by multi-generational family companies stretching back a century or more.

Carl-Wilhelm Edding and Volker Detlef Ledermann launched edding with just 500 Deutsche Mark and the entrepreneurial spirit of a 21st century start-up, but without the benefit of a functioning early-seed market. Unlike their competitors, they did not have their own production facilities nor the means to build them; instead taking the unusual decision at that time of sourcing products from Japan. 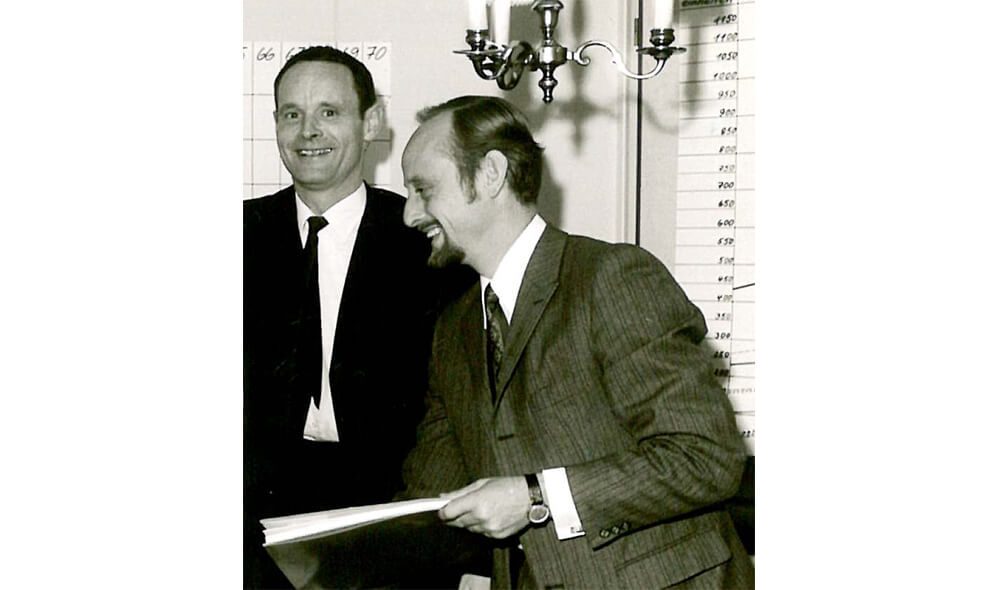 Initially, their small size and unusual approach to the market meant many competitors did not take them seriously – something Edding and Ledermann took advantage of. One competitor, for example, agreed to their request to share its salesforce. In Spain, the pair approached the distribution partner of a rival. The story goes that the CEO of the competitor asked to see an example of edding’s first products. Dismissing them as a threat, he instructed the distribution company to work with edding, stating that they wouldn’t manage to sell any. No doubt, a decision he came to regret!

“At the heart of edding is a desire to explore new paths. That sense of adventure was something that both founders shared; and is still very much present in their characters to this day.” Per Ledermann, CEO of edding Group and son of Volker Detlef Ledermann.

At the same time as becoming well known for its eponymous markers, edding did not stand still. The drive to break new ground saw the company expand into planning and visual communication solutions in 1965. Over the following decades, the company went on to extend its ink expertise to further products.

The following decades were marked by growth. But it was during the company’s success, that the founders felt complacency was creeping in. Volker Detlef Ledermann recalls that, a quarter of a century after the company began:

“There was no let-up. edding kept on growing. Both Mr Edding and I, however, decided to take a year out. To take a step back and clear our heads - for new ideas and visions.”

In the following decades, edding also expanded its global presence, establishing subsidiaries and forming distribution partnerships around the world.

In 2008, again, the company after another series of growth years had reached a stage where the focus was very much on operational excellence, or eddiplementorship as edding calls it. It was time to freshly reignite that passion for innovation – edding needed a dose of eddipreneurship. This was done with Strategy Night, an event where employees were encouraged to share any ideas for innovation they had that would keep the company moving forward. A grand total of 433 ideas were proposed, ranging from exciting new product ideas to launching a (what turned out to be growth driver in the years to come) subsidiary in Colombia.

The next milestone: a customer-induced entry to a new market. A large electronics retail chain asked edding whether they would work with them on printer cartridges for their stores. Although edding did not have the manufacturing facilities or sales infrastructure in place, the company agreed to work with an external manufacturer and sales force. Six months later, the first licensed edding cartridges were on sale and only five years later, edding had achieved market leadership in the German market for compatible ink cartridges.

“It was an unusual decision for us to take. At that time the ink cartridge market was not booming. And, many of our competitors were still reluctant to outsource production and would have found the idea of building a factory specifically for the manufacture of cartridges an unattractive option. However, since its inception edding has been open to disruptive, flexible business models and we said yes. Today, printer cartridges is one of our most successful business lines.” Per Ledermann recalls.

In time, this evolved into what edding calls its blue ocean approach; looking for new markets where the edding brand and ink know-how can be applied to innovative products beyond the core business and thereby change the rules of the game. edding’s ink expertise has since been extended out beyond marker pens and cartridges to include creative sprays, nail polish and interactive whiteboards.

Which brings us to the present day. In 2018 the company launched edding Tech, with a remit to develop disruptive solutions for applying edding’s inks in the digital world. The first two products, edding code, a technology to encrypt information invisibly in printed materials; and Industry 4.0-ready edding compact printers, were launched in early 2019. The passion for innovation that motivated Carl-Wilhelm Edding and Volker Detlef Ledermann to set up edding six decades ago, continues to burn brightly today. 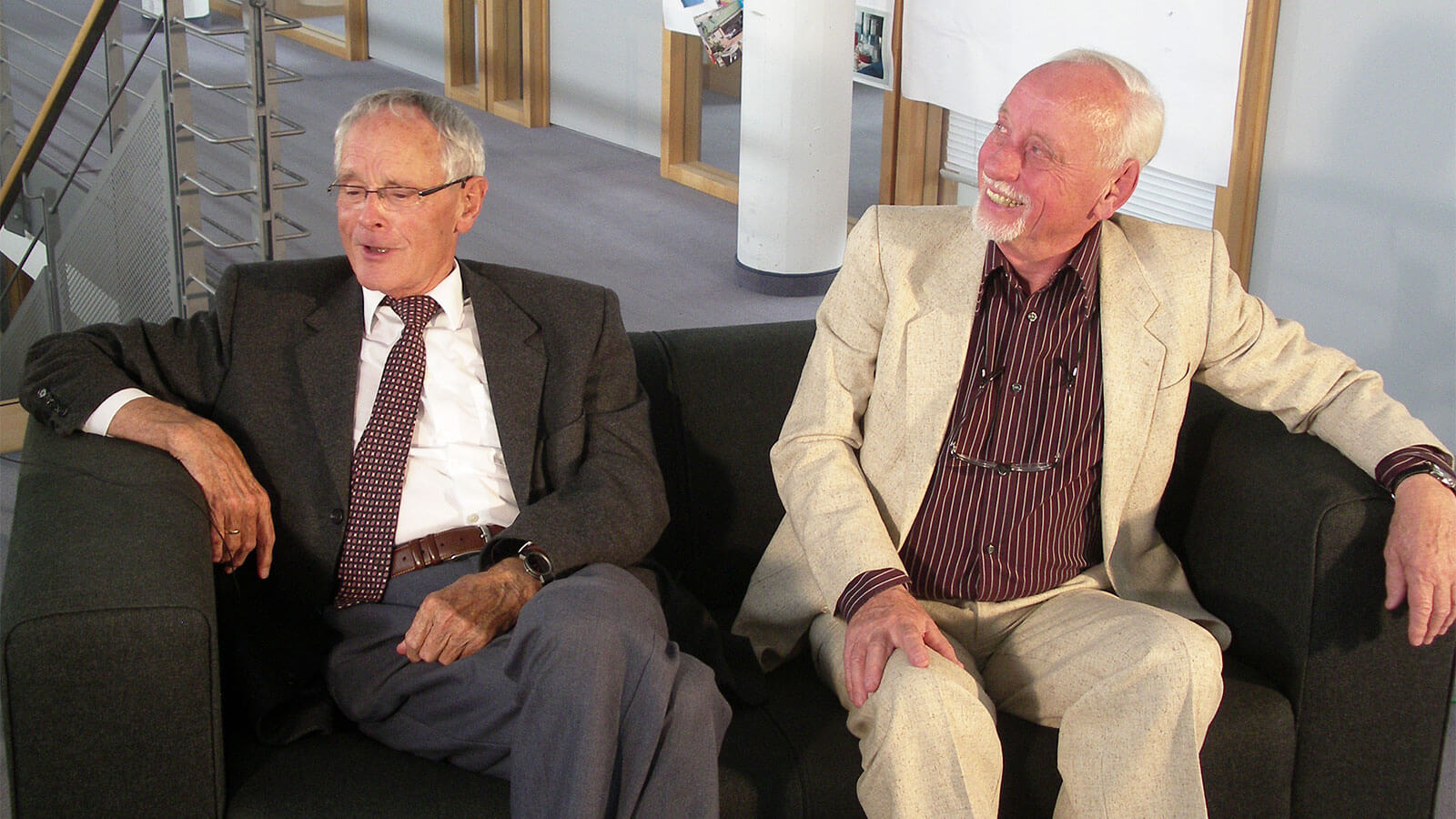 Carl-Wilhelm Edding (left) and Volker Detlef Ledermann (right) at the Headquarters of edding in Ahrensburg.